I wish I could send you pictures from Halifax, which is where I must be by now. But, since I'm travelling and posting is probably an impossibility, you get a shot from my apartment on Thursday.

Back for another year, let’s show everyone what life with diabetes looks like!  With a nod to the Diabetes 365 project, let’s grab our cameras again and share some more d-related pictures.  Post as many or as few as you’d like.  Feel free to blog your thoughts on or explanations of your pictures, or leave out the written words and let the pictures speak for themselves.

I call this: "The Agony and the Ecstasy." Or, "Insulin and Glucose." Or, "The Circle of Life." 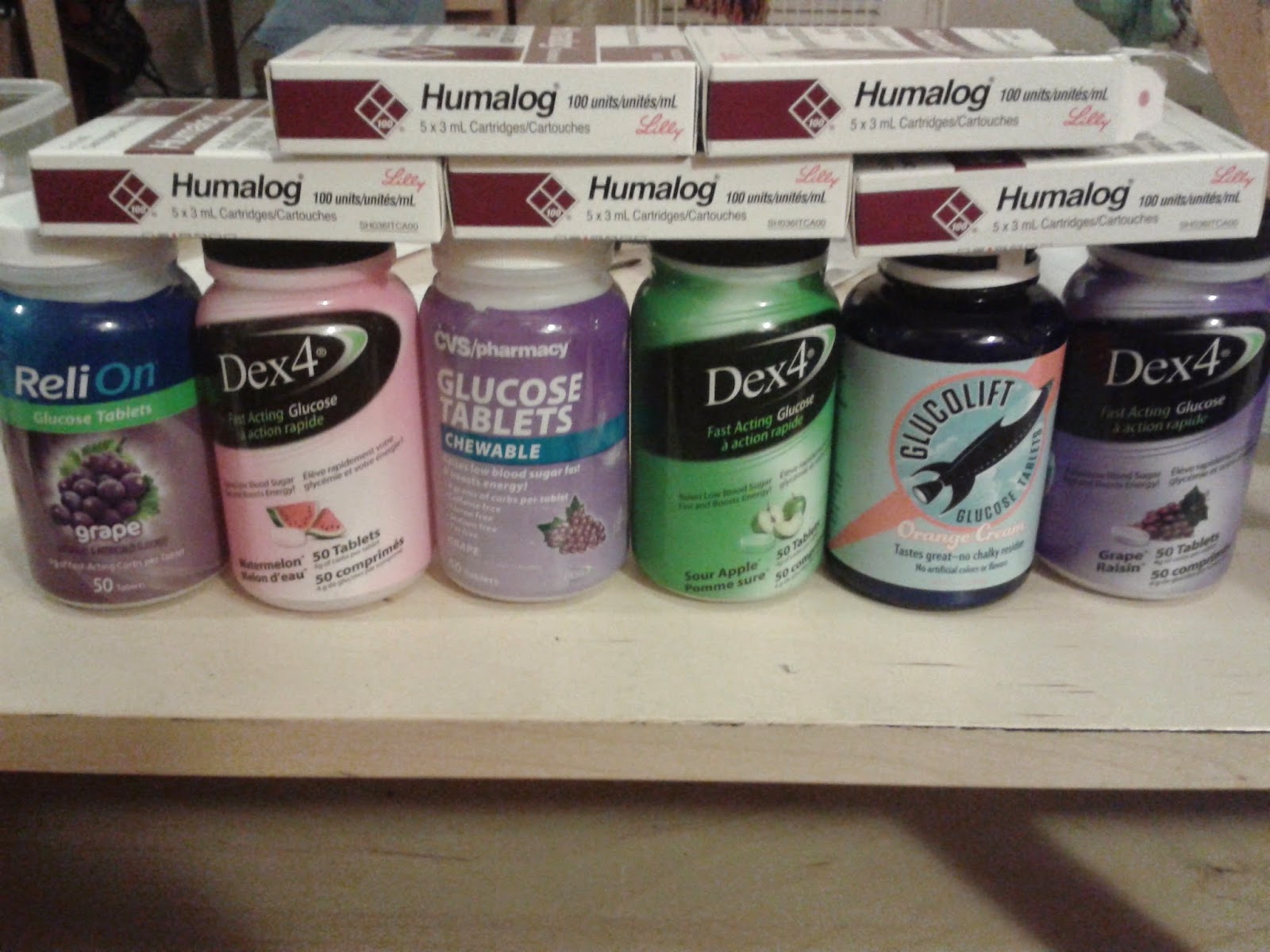 It's like Ebony and Ivory, only they don't really work together in perfect harmony. Rather, they chase each other's tails around and around, like a yin-yang comprised of angry, excited puppies.

I've been having a LOT of trouble with lows lately. Those six bottles have all been emptied in the last few months, and they're not all I've used to treat. They come in four flavours (grape is obviously a favourite) and from four different companies, from two different countries and more than one state, as I've picked them up as I've gone along, to try something cheaper or new. Is it any wonder I've struggled with my weight loss goals? That's a ton of sugar, and none of it I wanted to eat!

The humalog is balanced on top of it to show the precarious balance between the two substances. They're not mixing together, though. They're separate. My pancreas and liver, were they working harmoniously, would instantly (or nearly) balance them, but for me, it's one, then the other, then one, then the other, in a ceaseless cycle.

The humalog also shows how blessed I am to live in a country where I can have so much healthcare provided to me, and how lucky I currently have to have (temporary) insurance for supplies. Much as I grumble about how temporary and capricious my insurance situation is, when I do have it contract by contract, I can go out and get a huge supply of insulin and nobody questions me.

One box is ripped open to show that this is current and a work in progress. It's ripped open messily, because, well, that's me, and ain't nobody got time for this shit.

Now I can probably get rid of these bottles, unless I want a permanent art installation.
Posted by Ilana Lucas at 12:00 AM