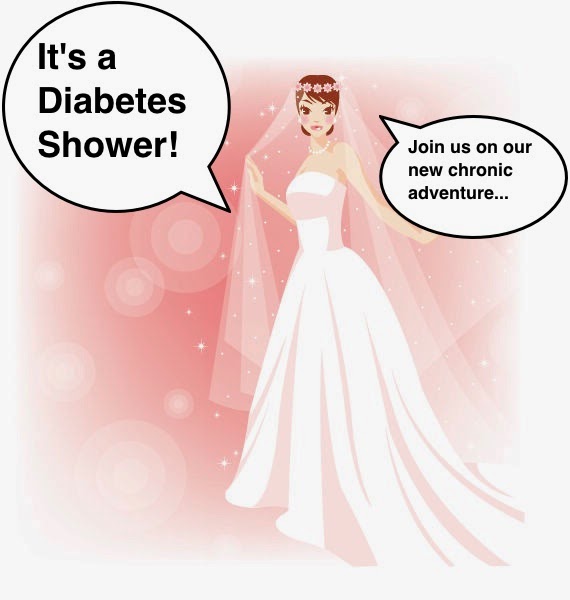 I’m trying to create a wedding registry, which is hard when you have lived together for ten years, have a tiny city apartment, and need less, rather than more, stuff. Thinking of consumables and stuff I actually needed, I clicked around Amazon, and suddenly found myself looking at pages of glucose tablets. There was even a case of them.

Could I…could I register for glucose tablets? That would be weird, right? I probably shouldn’t do that.

Then I started thinking: you have a wedding registry, to start a life and home together.

You have a baby registry, to come together as “a village” to raise a child.

When you’re diagnosed with diabetes, you suddenly find yourself facing a life of needing a ton of stuff to stay alive, all of it costly. Sure, insurance (if you’ve got it) pays for some of it, but it’s amazing how big of a hole can be burned through your pocket at the end of the day (or month). Making such a big financial commitment is, in some ways (particularly in a country without socialized medicine), almost like taking on a baby, in that it’s expensive, capricious, unpredictable, you can’t leave it alone for a second, and it will probably need plenty of medical care. Even though diabetes isn’t a choice like marriage or a baby, unlike the former, it will be with you ‘til death do us part. (Don’t listen to the people who give it five years. They have all been wrong so far.) Even with a baby, you’re only legally obligated to provide money and care for 18 years. I will hit that milestone with my diabetes in March, and I will only be 30.

So my proposal is, with every diagnosis should come a diabetes registry and a diabetes shower. You can eat cupcakes and drink wine (depending on your age), and talk about what you’re going to do on your honeymoon and what you’ll do when it’s over.

There’s no shortage of stupid games you can play. “Guess the carbs on the plate.” “Pin the test strip on the meter.” “Wrap the diagnosee in pump tubing.”  “Label all the items in the D-kit.” “Lancet quick-change.” “Can you eat that?” is an easy one, because the answer is always yes, except for the poison.

Instead of giving you advice on marriage or babies, everyone can give the guest of honour one piece of unsolicited diabetes care advice, with the knowledge that it’s his or her last chance to ever do so.

Gifts would be deeply appreciated, and everyone could ooh and aah over the various baskets as they were opened:
…well, you get the idea. All lovingly wrapped and presented for the adventure ahead. Stories would be told, love would be shared, and a few tears would probably be shed.

Perhaps it could even be a celebration of life and possibility.
Posted by Ilana Lucas at 12:12 AM