Happy Birthday/Indiana Lucas and the Insulin Vial of Doom

Wednesday was my 29th birthday; not as momentous as 30, but certainly a time to think about what a good run my twenties have been. I celebrated in style; on the previous Sunday, I had a lovely birthday party at a bar; I had it catered with Cuban food, an awesome friend made a (not-sugar-free) cake, and there was much talking, joking, and playing of Cards Against Humanity (not Cards Against Diabetes, sadly). On my actual birthday, I was in Florida; I'd flown in the night before, and before going to visit my fiance's family, we decided to spend that day at Disney World. I had a wonderful time. We timed everything at the Magic Kingdom so we never had to wait too long for anything, went on all the rides we wanted to, and even saw a bit of performance art with a teenager dressed as the Mad Hatter, pretend-sipping from an oversized teacup while riding in a teacup at the Mad Tea Party. 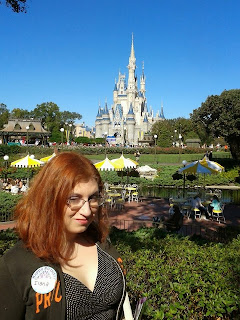 Relaxing in my fiance's arms as the fireworks display exploded above us, I reflected on the fact that diabetes had practically given me a reprieve all day. It might as well have been called the Magic Blood Sugar Kingdom, because my readings weren't higher than 5.7 all day. I had two minor lows from walking around so much, but they occurred when we were about to eat, anyway. I managed to cram all necessary supplies into a tiny purse, and nothing malfunctioned. Happy birthday to me!

Tonight, the D-gods decided to get me back a bit. I present to you the story of: Indiana Lucas and the Insulin Vial of Doom! (I hope this is not a trilogy.)

A few hours ago, knowing I was going to be away from the house for many hours tomorrow, I pulled an insulin vial out of the package so that I would take an extra (I still have insulin pen vials even though I use a pump...I don't know why). Slipping out of my hands, it fell on the tile of the kitchen, and I winced as I heard the "smack." I picked it up, but was relieved, as it looked totally fine. "Guess it didn't fall from too high," I told myself. "The birthday luck holds." I put it in the removable card/coin pouch in my purse.

I stayed up later than planned, which was probably a good thing, as my pump ran out of insulin, and it would have woken me up to change it out anyway. I went through the coin purse to get the vial, and found a second one, nearly full. "Huh," I thought. "Guess I didn't need to take the second one out after all." Then my fingers found the second vial, which...gave slightly at the touch. This was worrisome. I picked it up, and a small piece fell off the bottom. Not good. Okay, I was going to use this vial instead to fill the cartridge. I put the needle on to the cartridge and, as is my wont, used the needle cover to press on the orange stopper part of the vial to fill the cartridge, as that is generally easier. The cartridge plunger didn't move. Instead, insulin started gushing out of the bottom (though currently the top, as it was upside-down) of the vial. Indiana Lucas had set off the first booby trap in the temple. This was going to be no walk in the park.

I had brought a lot of extra insulin, as I am far from home and will be for two weeks. Seeing insulin start to seep over the sides of the vial and drip, though, made me panic. This is expensive, life-giving liquid. I had to save it. I had to keep the vial upside-down at the same time. What to do? The cartridge couldn't support the weight of the vial and keep level. I kept a hand on it, while searching through the coin purse. I found what I was looking for: the auxiliary syringe I keep just in case something goes wrong (like right now). I picked it up, and with one hand, tried to both hold it and get the cap off, while holding the vial contraption level with my other hand. I was an action hero. I...I...

I sank the needle directly into my thumb.

Everyone else was asleep, or I would have howled in pain. But this was Indiana Lucas time, and Indiana Jones doesn't get hit by the arrows. So, instead, one hand still steadying the broken vial, I eased the syringe out, and it repaid me by scratching across some of the rest of the digit. But I kept my cool.

I then used the syringe to suck up the gushing insulin and insert it into the partially-empty other vial I already had out (good luck!)

The insulin started bubbling through the base of the damaged vial again (bad luck!)

With the vial still upright in my hand, I marched into the kitchen, deftly grabbed a paper towel, and wrapped it around my thumb, partly with my hand, partly with my teeth. I performed the insulin-hoovering manoeuvre again. Then, for more efficiency, I switched to taking insulin out from the "correct" end as quickly as possible. I could not let any of this stuff drip onto the carpet. Switching the two vials as quickly as possible, I felt like Indiana Jones replacing the idol with a weight of equal value. It was going to work! It was going to...

The other vial was full. The plunger of the other vial was slowly starting to work its way out of the tube. There was nowhere else for the insulin to go. Was I about to lose TWO vials of insulin? The giant ball of rock was released, and was picking up speed behind Indiana Lucas, as she struggled to find a way out. There was too much air in the saviour vial. I could remove it with the syringe. The syringe was full of insulin. Insulin that had nowhere to go. My pump was buzzing like crazy, adding to the chaos, because of course I hadn't had time to put the filled cartridge back into it.

Holding EVERYTHING upright, now, I had a flash of insight. I could keep the rest in a cartridge. I found an old cartridge to be a temporary vessel. I was about to use it when I noticed some odd sediment. No, bad idea. Tossing the old cartridge into the trash, I rushed to my bag and found a new cartridge.  I just needed to transfer the insulin from the syringe into the cartridge, and then I could take the air out of the vial, and then... 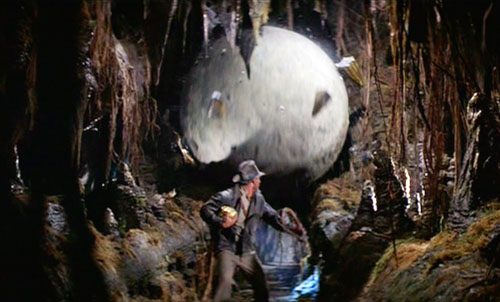 As I siphoned the last of the insulin out of the broken vial - I don't know if it was the pressure of my hand keeping it upright, or the sudden lack of contents, or what - a large piece suddenly broke off. The vial lost what structural integrity it had. I stared at the crumbling vessel, realizing I had only lost 5, 10 units of insulin, tops, and how much worse it could have been. Indiana Lucas had run just fast enough to dodge the ball of rock, as it tumbled out of sight. Holding her treasure aloft, she nonchalantly stepped into the sunshine, to deal with the jungle as it came.